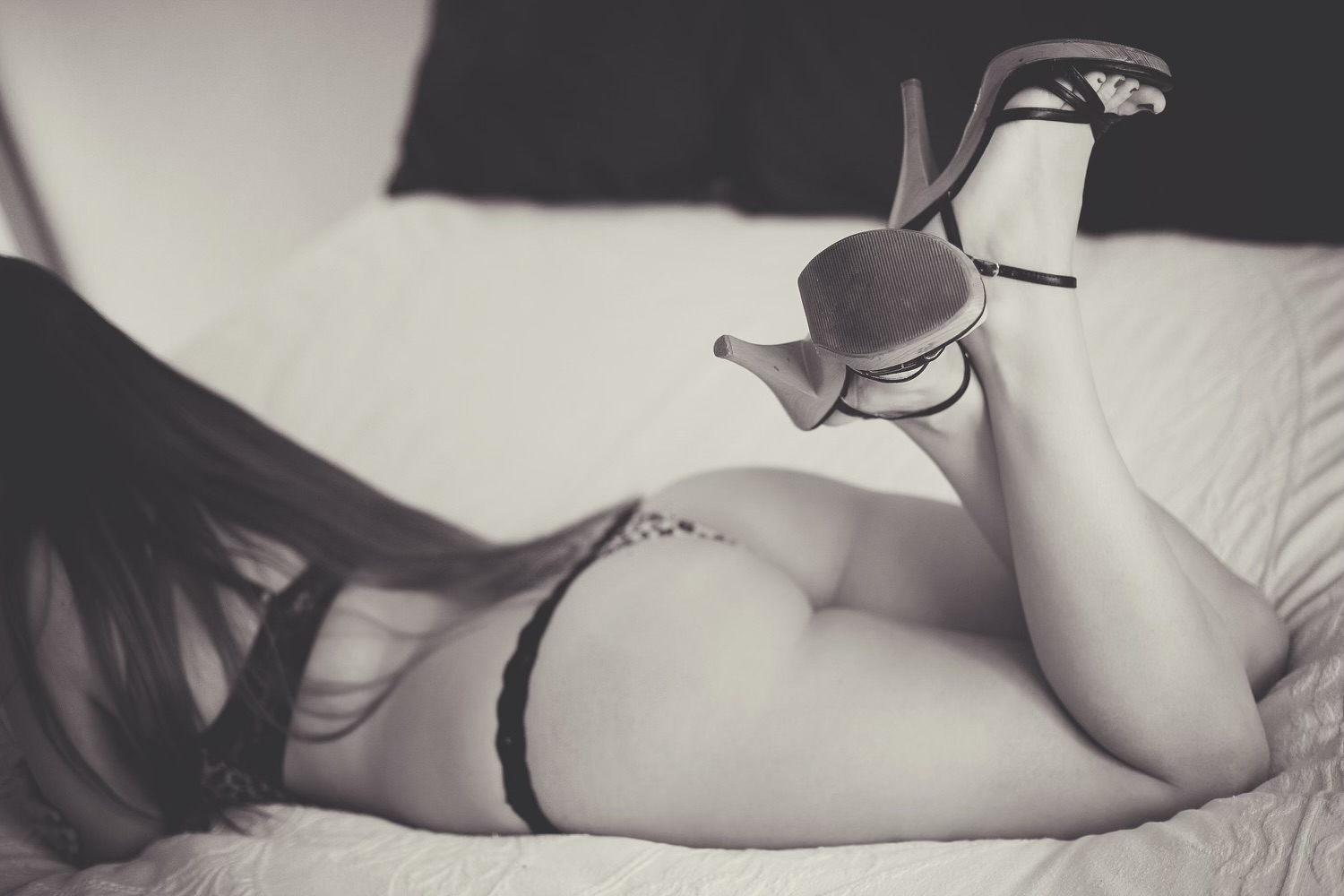 Online Sex Work Allowed me to be a Better Mum

I’m standing at the check-out line at Costco with my teenage son. Our cart is overflowing with household supplies for an entire family. I am watching the total go up until it reaches the final number: $437. I quickly scan the contents of my wallet, and then, without thinking, I pull out five $100 bills. My son looks momentarily surprised. “Mum,” he says, “Where did you get all that cash?”

In reality, the cash is whore money, a sum equal to one hour with one client. This fact silently fills the space between us. We both pretend not to feel it.

I Hope Sex Work Is Normalized in Future Generations

My older kids—including the one with me at Costco—know that I’m a sex worker. I told them years ago when my public persona as a writer on a sex work beat grew too big to hide. My husband and I took them out to dinner, where we explained that I write about the online sex work that I do (camming, independent porn production, phone sex). They asked a few questions but didn’t react strongly; they were expecting me to tell them I was pregnant again, and news about what I did to pay for the dinner they were enjoying was less exciting.

That night, when I “came out” to my kids, I told them the truth about my work. A few years later, I transitioned to seeing clients in person, but I didn’t mention my switch to criminalized labour. To an extent, the nature of my contact and relationship with clients is not their business. But more importantly, I didn’t want to burden them with information that would scare them or would make them feel like they had to carry my secrets.

While I have raised my kids in an accepting environment where they have had exposure to all kinds of people, including those in the sex trades, I cannot create an entire world for them. Despite my best efforts, they still exist in a culture where “your mother is a whore” is one of the most biting insults. The idealist in me works hard to normalize sex work to such an extent that my children’s children won’t be able to understand why this is an insult. Perhaps this is a bit optimistic, but maybe their children’s children or their children’s children’s children? The realist in me recognizes that right now, my occupation puts the very thing that I care most about—my kids—at risk for shaming, harassment or worse.

Online Sex Work Allowed Me to Be a Better Mother

Anyone who has spent much time around sex workers recognizes that we are a diverse group of people who come from all walks of life. Despite the cultural insistence that no one would enter the industry for reasons other than force or desperation—a narrative shaped by second-wave feminists’ anti-sex work rhetoric—the reasons for entering sex work are as varied as the people who occupy the profession.

What is also clear to anyone familiar with the industry is that it is overrepresented by people who suffer from other forms of marginalization: those who are disabled, neurodivergent, trans, queer, working class, poor, non-white, mothers or other forms of caretakers, etc. While this fact is often interpreted to mean that only those with few options would do sex work, this interpretation fails to recognize that the sex industry serves as a safety net for those who are excluded from conventional forms of employment. It offers flexible work with a low barrier to entry to folks who have been failed by the state, suffered systemic discrimination and/or have responsibilities or disabilities that preclude them from working full-time.

I came into sex work in my mid-30s, after leaving my first marriage and the career I spent my entire adulthood up until that point trying to build. My world had turned upside down, and I was in a financial crisis that was only amplified by the fact that one of my children started to have serious mental health issues—so serious, in fact, that taking care of her became a full-time job. At the time, I had a boss who tried to be supportive but who couldn’t count on me to follow through with the tasks he assigned. I would spend hours at work on the phone with doctors, social workers and the school district, trying to stitch together enough resources to keep her safe. I also missed days of work after sleepless nights in the emergency department of the psychiatric hospital, and I often left early to pick her up when she was having psychotic episodes at school. Keeping her alive was my priority, and when my boss let me go, I understood why.

Online sex work, the form of sex work I turned to first, became a way for me to make money on my own terms. I didn’t have a boss; no one complained if I took a day off; and I could work between crises. I would sit in the waiting room or on the phone with doctors while posting advertisements for my services on Twitter, sexting for pay with my clients or updating my OnlyFans account. In other words, I could keep my family afloat when my time was limited and most of my emotional resources went to parenting. What’s more, hourly rates were higher than in any other job I’d had (despite having two graduate degrees), allowing me to work fewer hours and be home when I needed to be.

The Threat of Violence and State Intervention Looms Over Me

My career in sex work has been complicated, but it’s absolutely intertwined with motherhood. I did what I needed to do so that I could be the mom I needed to be. I don’t regret it. I was able to hold my daughter’s hand when she needed it, and years later, I was able to be home for her younger brother who has special needs when school after school told us that, due to the COVID-19 pandemic, they didn’t have the resources to help him.

I’m not the only mother with this story, but I can only speak for myself. While I know I made the right choice for myself and my family, I also know that the world, by and large, doesn’t agree. The United States, where I live, is in the midst of an intense moral panic that conflates all sex work with sex trafficking and is actively working to criminalize all aspects of the sex trades under the guise of an anti-trafficking agenda. We also still live under the cultural weight of Christianity’s Madonna/whore complex, which sees motherhood and sexuality as diametrically opposed. I know that should someone want to use sex work against me, they could attack my fitness to be a mother: What respectable mother engages in prostitution? And they would probably be supported in doing so.

State intervention and violence vis-a-vis my kids loom large over my head, despite the fact that motherhood is my most important role. I live under the threat of losing my kids should the wrong person find out what I do to pay for their needs. Perhaps only other sex working mothers would understand the sheer panic that came over me when I found a sign that one of my teenagers had made as a joke that read, “Nudes for sale.” That night, I woke my kid up in a panic to stress that if anyone saw the sign, my husband and I could be under suspicion for trafficking, and given my profession, we’d likely be jailed.

Perhaps only sex working parents would also understand why having our son’s preschool complain about his shoes, clothes and lunch—nitpicky things that all schools send home notes about—feels extra weighty when you know that any investigation into how you live your life could, given a particular judge’s biases, be used as evidence that you are unfit to parent. While it is generally believed that adults can both work and have sex without it negatively impacting their children, sex working mothers are not offered the same benefit of the doubt, which is ironic because sex workers are experts in maintaining healthy sexual boundaries (if job descriptions for sex workers existed, it would be near the top).

I Hope All Sex Working Mothers Will Feel Safe One Day

The criminalization and stigmatization of sex work make it less safe for everyone who trades sex for money or resources. It makes us loath to call the police when we have been mistreated or assaulted by a client, driving our advertising further and further underground and making it harder to screen clients and offer each other resources that keep us safe. It also isolates us from society when we could use resources and support.

All of this is amplified for mothers, who fear that their work may jeopardize their ability to care for their kids, which is ironic given that many of us, myself included, became sex workers in large part because it afforded us the resources to take care of our kids in a world that offers little support to working mothers, particularly working mothers with kids who have disabilities, special needs or health issues.

I don’t hide the full truth of my work because I am not ashamed of the work that I have done. In fact, I have found a lot of meaning in it. When my kids are old enough to understand the choices I made, I will share the full extent of my work history with them, should they want to know. But until we move into a world in which all mothers, especially sex-working mothers, are trusted to make the best decisions that they can for themselves and their children, most of us will continue to keep it hidden for fear of unthinkable consequences.

Welcome to VIP Girls add your profile now or browse the beautiful profiles. This is the VIP experience are you READY…..

Let us help you with the latest news, announcements, training as well as updates in laws and  regulations.

Please check your email for a confirmation email.

Only once you've confirmed your email will you be subscribed to our newsletter.

By clicking “AGREE AND ENTER” below, you confirm that you are over the age of 18 years and have read, understood and accept the Terms and Conditions for use of this website.

AGREE AND ENTER
Share to...
FacebookMessengerTwitterWhatsAppTelegramSMSEmailFlipboardHacker NewsLineLinkedInMixPinterestPocketRedditTumblr
Sammy has updated her photo. Do you like it?
New Notification
You have a new notification.
Mark Has sent you a message, take a look!
Mark Has just logged in. Say hello!
Mark Has just logged of. Say Goodbye.
Mark Has has just upgraded their account.